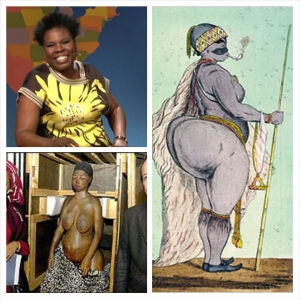 I didn’t watch Saturday Night Live on Saturday, May 3, 2014.  I often do watch. So I missed the original airing of this piece by Leslie Jones.  Now do know I am not one for the overly foul comedian so there may be some bias in my critic and assessment. 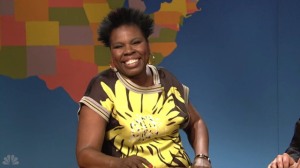 Nevertheless, here’s the problem with this piece by Leslie! Timing, delivery, and her locus of control. This is what I have termed #PainfulParody and #SickeningSatire. She actually has spoken some truth mixed with a whole lot of falsehood and low self-esteem. Leslie Jones actually raised some points that could and should be considered. Yet when you mix a painful past with parody your outcome will oft-time not be a glowing repartee of funny.  For me she missed the mark.

To me it is evident that she began this work from a point of pain. She then grossly delivered it at the wrong place and time. While some of what she said bears consideration how and where she said it reduced any appreciation for facts or truth in this satire.

We as Africans in America, We as Black people, We as the progeny of the stolen and captured Africans brought to the shores of North America must show respect and deference to our ancestors struggle. This skit stopped short of showing any of the aforementioned.

We should never forget the life and suffering of Saratije Baartman for her story is known yet need be more wide spread.  Saratijie Baartman was known as The Venus Hottentot her family was murdered, she was captured and stolen from her homeland.  She was then featured and parade as a animal at the fair throughout several places in Europe.  When she no longer provided a draw for her captures and many abusers she was forced into a life of prostitution where she died.  Unfortunately, it doesn’t end there so-called scientist of the day took her body and dismembered her and investigated her body for “scientific inquiry” only to place her body once again on display even after her death.  The degradation and humiliation is enough to last for centuries so we need absolutely no more! 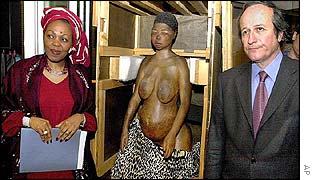 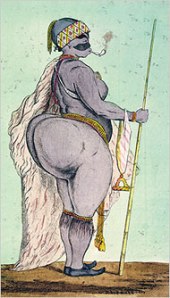